TIPS regarding a missing child? Call 119 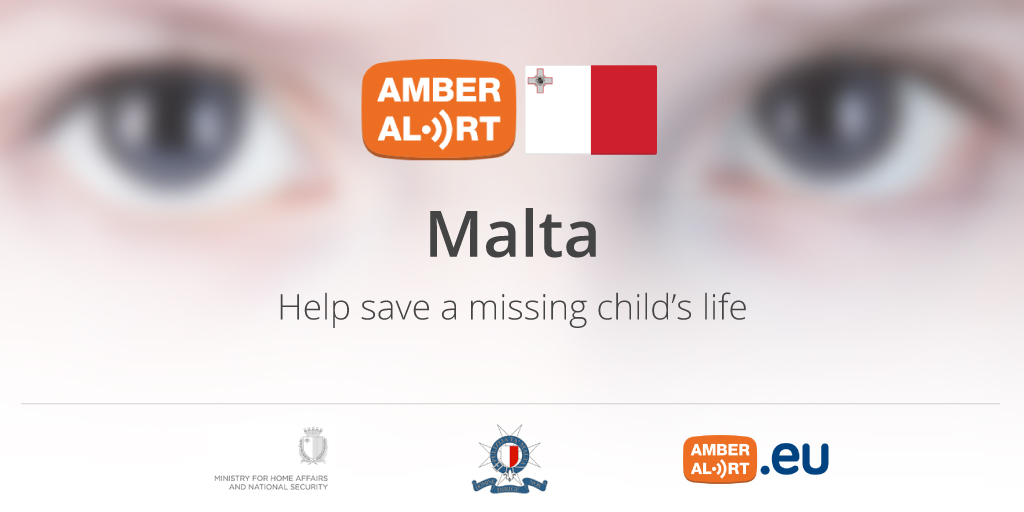 On Tuesday January 10th, the Ministry of Home Affairs and National Security and Police Force in Malta have launched their national AMBER Alert system to save the lives of missing children.

The system allows the police to quickly and efficiently inform the public when the life of an abducted or missing child is feared to be in imminent danger.

Every citizen on the lookout for missing children
The Minister for Home Affairs and National Security, Carmelo Abela: “A special thank you goes to all those organisations and enterprises who have come forward with genuine interest to help save a missing child’s life when push comes to shove. (…) I encourage even more stakeholders that are in a good place to help the Police relay alerts to the public, to join this deserving initiative. Please, help us save a missing child’s life.”

Every European Member State should have an AMBER Alert system
“Ensuring children’s well-being and protection from harm have always formed an intrinsic part of the Maltese people’s core values. This will also be reflected in our Presidency of the Council of the EU, during which we will be working hard to see further developments on a European level on the issue of missing children, says Minister Abela.

AMBER Alert Europe
Maltese MEPs Miriam Dalli and Roberta Metsola played an important role in launching AMBER Alert Malta. Both MEPs where at the forefront of a group of MEPs who initiated a Written Declaration, that has recently been endorsed by the European Parliament, to implement AMBER Alert Europe’s five-point plan to better protect endangered missing children by improving cross-border cooperation in saving missing children’s lives.

“The public can be the eyes and ears for children reported missing and in danger,…